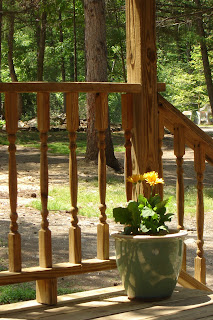 NaBloPoMo Prompt of the Day (Nov 22): What is the luckiest thing that has ever happened to you, and why?
When I was just dating my husband, we were staying with his brother and his fiance and their 18 month baby daughter, now my niece.  My husband had lived with them for years, it was just the arrangement they had.  When we started dating, I moved in with them and lived with them for approximately 4 months maybe.  I ended up being kicked out by my now sister in law.  Some people would think it odd that I am friendly with her today, but I am and actually, she is one of the best friends I have had in my whole life.  She is family.  She is my sister.  That is how it is now, but it wasn’t always that way.  I was luckily able to turn the other cheek, and all has been forgotten.  Well, apparently not forgotten, but it has been overlooked.  Our relationship means more to me than petty misunderstandings and rocky beginnings.  It’s bigger and deeper than that, and regardless of the reason for the eviction, it isn’t the point of this blog---the chain reaction of events that happened after being kicked out is the point of this blog.  I see this as being very “lucky” in determining the future of our lives and “where we are” today…literally.
I convinced my husband that as my boyfriend it was insulting to him if he stayed behind without me.  I had no where else that I could go immediately other than my parents' house.  I hadn’t really lived there in nearly 5 years at this point, but I called up my folks and explained the situation and they were happy to take us in temporarily.  My husband had been working for my father at the time temporarily so he had gained some respect from him, which is kind of tough to do and had a lot to do with them taking him right into their home with me which I am grateful for.  Anyway, we slept on a mattress on the floor of my parents’ basement for what ended up being around 3 months.
While we were staying there we started cleaning out the “Old Part” as we called it, which was actually the small house that we had when I was a little girl until around the age of 6 that was still left attached to the new house at the time.  It had been used for storage for years after they built the new addition on.  It shared a room off of the basement with the new house, the room above this which was my parents’ old bedroom was now their office, but other than that it could be completely shut off from the rest of the house to be a small house of its own.  My parents had rented it out for a few years when I was around 10 or so to family members twice.  We ended up cleaning it out, thinking we were going to stay over there, as I was already keeping my clothes in the closet in one of the rooms over there and mostly using the shower in the bathroom.  For some reason, after cleaning the majority of the house out, we didn’t end up moving into it.  I can’t remember if it was because of what happened next or if what happened next happened because that didn’t happen.  Either way…
A friend of ours was renting the trailer we live in now with her boyfriend off of my father.  This place is maybe a quarter of a mile behind my parents’ house back in the woods.  They ended up splitting somewhere around the time my husband and I moved in with my parents.  The boyfriend wasn’t able to come up with the rent after she left because she was apparently paying it when they were together, so ultimately he had to move out, which left this place up for rent.  Having done odd jobs for my father before and during the time of our stay, I ended up cleaning the trailer for him in between renters during which time I was also checking it out for us.  In some weird way I have always had my eyes on this place.  It has the best location for a forest dwelling hermit.  3 other of our friends had rented it off of my dad and stayed here also for a year or so back before I was with my husband.  So I had been around the place and had been visiting it.  I had never entirely left it.

"I feel home---when I'm chillin' outside with the people I know!"
- OAR, I Feel Home
When we were young kids, my brother and I would play up here on the hill.  A little ways down the driveway my father used to have a small graveyard of old cars.  My brother and I used to play in them all of the time.  Also, before my father put the trailer that is here now on this piece of land when I was in my teens, he had an old school small, aluminum, rounded-back mobile trailer here.  I remember playing in it as a little kid as well, and staying here with my father a time or two when my mother was away.  It was a camp for him and he and his friends occasionally stayed there.
We ended up renting this place off of my dad starting in February of 2004.  We rented for 3, going on 4 years, until we got married in July of 2007 and my father presented us with “The Deed to the Ranch” as he called it.
“Now we know we’ll be here forever!”
- Boyd Lucas
Yeah, we do.  It was very exciting when we got the place for all of us, including my friends.  I was completely shocked.  “Lock, stock, and barrel,” the deed my father wrote up himself said.  I had never been given something so big in my entire life, maybe other than life itself.  He gave us land.  We owned a home.  It was amazing.
It was the biggest gift I had ever received and it was the greatest thing I ever “lucked into”.   Just think, it all would never have happened just how it happened if I hadn’t been kicked out of where we were.  I never would have come to live with my parents and had been looking for a place to live right when this place came up for rent.   Now we have our very own chunk of pretty in the woods, land for our children to run and grow up on and ultimately inherit.  As luck should have it, we became homeowners.
Posted By MISSIE SUE at 11:11 AM