Kith and kin, I've got you covered,
Always by your side.
Never one without the other,
Like God, I will abide.

Stretch the limit of our love,
Your tugs will never break it.
My hand, for you, remains ungloved,
To grab, or hold, or shake it.

Memories older than the dirt,
Are housed inside our heads.
Good or bad, sometimes they hurt,
And fill our hearts with dread.

Take comfort in my loving vibes,
And charge yourself on me.
Whenever ready, you decide;
Generator to battery. 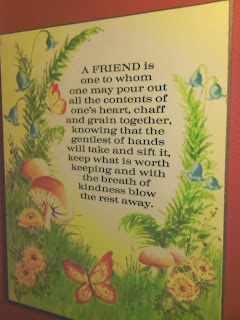 Posted By MISSIE SUE at 9:52 PM No comments:

Ode to My Steward 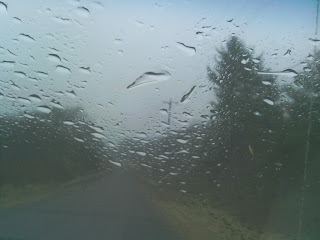 She mans the wheel of my heart,
And drives me to my destinations.
Playing a very vital part,
And sharing in stellar conversations.

Her mind expands in volume,
Wrapping around her abstract thought.
When winds of change start to blow,
She learns all that she has forgot.

Through the forest trail she takes me,
Filling up my starving soul.
Kinship fueled by purpose,
United, we shall reach our goal.

Email ThisBlogThis!Share to TwitterShare to FacebookShare to Pinterest
Labels: As Per the Mission Jar, Friends, Odes, Poetry, Prompts

Ode to [My] Sense of Humor

What saved me in life?
It was you, it was you.
Just by doing,
What you do, what you do.
Pointing out ludicrous found comedy,
Teaching my eyes just what to see.

Cracking a joke,
For a laugh, for a laugh.
Teasing was always,
Your craft, was your craft.
Punchlines and smiles, sublime divinations,
Joshing and giggles, more motivation. 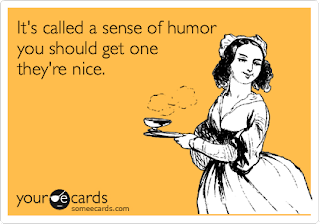 Posted By MISSIE SUE at 9:15 PM No comments:

Got my blues from a bottle, but even when they're white,
They can grant me recuperative sleep through the night.
Keeps me from chewing off my kid's face,
Keeps me from throwing shit all over the place.

Stabilizing my mind, from spikes to flat lines.
Relieving my symptoms...most of the time.
In bed I can sleep without tossing and turning.
My brain doesn't boil and my nerves have stopped burning.

When properly taken it mellows me out.
If I forget it or lose it, anxiety seeps out.
You fight off attacks made on my heart,
My dear Prozac, I fret the day we must part. 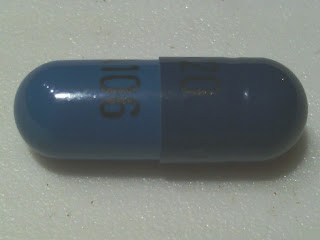 The Chain That Binds

After feeling empowered by my building of a crude table using the cordless and some pieces of scrap wood earlier this summer (it's amazing what Red Bull and dopamine can do together!), I hung some things up inside and when doing so put a chain on the front door.  A chain...quite the symbol. This got me thinking about which side of the door was being blocked. Are you locked in or out?   Chains are used for a lot of things.  These door chains are used against intruders, but I surmise mostly to slow them down?   You can use them that way, but my chains are mostly used to contain what is inside, not to keep out what is outside.  Bound, locked, shut, blocked, closed, restrained, protected....chained. Restriction. 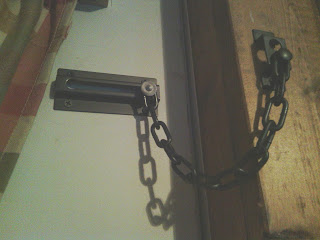 Celie is at the age now that she will unlock the dead bolt and go outside.  It's not a huge deal because there's not a four lane out there or anything, as we live in the woods, but being that she had also taken to relieving herself in the yard and on the front steps at the time as well as running into the woods, I decided to lock her in so she couldn't randomly sneak out without my knowledge. RESTRICTED! I was quite proud of putting this chain up myself, even if it was only to contain childish attempts at escape, it also represented a sense of protection, Self protection.  I suppose I have it better than Celie, the inner child, so to speak. She is at the mercy of the chain. It's better when you can be the master of the chain, but I suppose this is an art? Houdini was famous for chaining himself up, only to practice his escapes.  Chains can only hold those that don't understand how to break the locks, or simply choose not to.  Is that a metaphor?

Restrictions are sometimes for safety, as is the case with my daughter, or for mastery, as with Houdini. Mastering the Self is mastering the chain; picking the lock of your own prison. However, one of the biggest reasons for chains is fear. Fear of intruders, fear of being overtaken, fear of injury, violence, or death...even the fear of our own freedom. Chains make us feel secure and safe, separated from would-be intruders and threats. If we don't learn when it is safe to unchain the door, though, we can keep out the friends with the foes, block out the good with the bad. We need to master the chain that binds, so to speak. Like the door chain, these tethers are usually unlocked more often than they are broken. Some chains are damn near unbreakable, and the only way out is through the lock itself.

Chains are used to contain, restrain, restrict, block, and hold.  They are also used to lift, to raise, to pull through, and to hold together.  They can lock in as well as lock out, sometimes simultaneously. It protects as well as restricts; it goes both ways.  The protection is a restriction, but also the restriction is the protection. THAT is a metaphor.

Email ThisBlogThis!Share to TwitterShare to FacebookShare to Pinterest
Labels: Metaphors, Motherhood, The Self

Today we followed a rainbow.  It ended up taking us to Kunes' Farm in Keewaydin.  It was beautiful.  It's amazing how you could really see the colors in order, because sometimes you can only make out a few.  This one had the whole Roy G. Biv going on.  This picture doesn't capture it's full essence.  Usually the "iv" isn't there or is very faint and hard to make out.  A lot of the time it is just "Roy".  (I believe the spectrum actually continues on endlessly, as I understand?)  Regardless, anytime I see a rainbow it reminds me of those nuances in life and how it really is magical if you look at it at the right time, from the right angle and in the right light.

While we were at Kunes' Farm we bought two pecks of delicious apples.  I remember my dad bringing me there when I was a kid and getting apples and especially apple cider.  They were bigger then and made their own cider at the time.  They actually make their own Hard Cider now, which is rather tasty, although they ironically outsource their apple cider now.  It's a great little place tucked away in the Pennsylvania hills.  The Keewaydin Cemetery down the road, I think, has one of the most extraordinary views across the West Branch river valley; for a dead person that's pretty splendid.  Tomb with a view!! 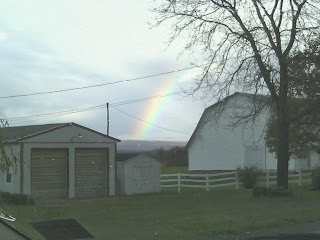 Rainbows, it turns out, are pretty intricate.  Refraction and bending light and arcs and reflections and what not...beautiful mystery.  Divine mystery.  But, it's not really a mystery, is it?  Stop explaining it, Scientist, and just LOOK at it.  SEE it for what it is, the true color of our dreams.  I'll be damned...you mean it's there ALL the time, but we can't see it?  We see it in a different light.  Two things, rain and sunlight, naturally occurring, taken for granted on a daily basis but when they combine there is real magic revealed.  Is the whole greater than the sum of its parts?  In this case it is of the lesser and greater.  What?  Define greater...or even lesser?  Semantics.  Is a rainbow greater than the sun?  Is the sun greater than the rain?  Which is more powerful, the spectrum or the rainbow?  The rainbow IS the spectrum.  The rainbow is revealing.  The rainbow is everywhere; there is a rainbow in all of us.  Rainbows are all around us!  (Remember the mist from the garden hose in the sunlight, as a kid, revealing the spectrum...or, hell, yesterday!?)  It's like a romantic glimpse behind Life's curtain of colors.  A rainbow says, "Something magnificent is happening here...even if we aren't exactly sure what it is."

Posted By MISSIE SUE at 7:46 PM No comments: