So, it was hush hush that I was leaving because we were surprising my sister, but...I'M IN SOUTH KOREA!!

My sister has been living in Seoul, Korea for the past four years. My parents and brother were planning to go visit her, which she knew about, but my sister Kate and I decided to go as a surprise. She had no idea. Sneaky sneaks, we are!

So, we all boarded this two story air plane on March 16th to make the flight up over the North Pole to the other side of the world. We got her good! It was tricky, as we didn't know where she would be in the airport coming through, and I poked my head out of the door after coming through customs, and we saw each other for a split second, but she thought she was dreaming or seeing my ghost because both of us never thought in a million years I would be able to make it to Seoul while she was here.

This is a chance of a lifetime! Hats off to my husband for taking over 2 weeks off of work to stay at home with our daughter while I did this; I am one lucky woman! There is no other way I could have done this. It was a 14 hour flight, which was rough, but the attendants on Asiana Air were very attentive and wonderful.

It's crazy to think that we flew for as long as it took us to drive to Memphis?! This is so far away. I had a moment on the plane, my heart was kind of breaking, like it knew how unnatural it is to be thousands of miles from my daughter. It was hard to leave her, but I am grateful to be here with my family and it is great to see my sister, meet her boyfriend and his family, and to experience an entirely different culture. 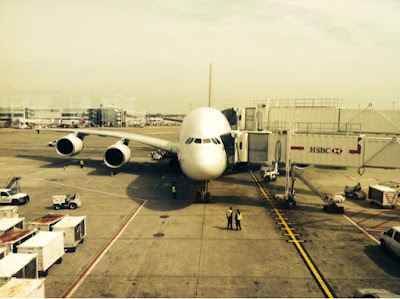